Yesterday was a fucking bitch, and not in a good way.  Seriously the last few weeks there have been tax lawyers, police,  cowboy rogue builders art shows and a blur of time has whipped my ass faster than a submissive at a Leather daddy convention.  Still I caught my breath.  Then it hit me this morning.  He was gone.  I met three Kenny Hash in the late eighties, who in turn introduced me to Three.  His name as he was a third of the family name.  Like me he was a cocky son of a bitch.  He funny, Texan swagger and was just an all around good guy.  We went to parties drank a lot and partied even harder.  Three and I became close and we worked together on a few low budget films.

He was very much into architecture, furniture and design.  He moved by way of San Francisco to LA when I met him.  we were young, fearless and in some instances really stupid.  But he had a laugh and there were times when I felt he had my back.  When LA started to loose it's shine Three moved to New Yourk City and I moved to London. it was harder to see him as I came on a whime with virtually just the clothes on my back and Orange County dreams to get the fuck out of dodge.  LA was stale, dull, complacent.  Sure there is lots to do, but it's a theme park now.
We tried to keep in contact and we would gossip.  One thing Three loved to do was gossip and I ever the willing ear, couldn't keep a secret.  I could spread shit about you faster than the internet and that wasn't even invented yet.  He used to say, "there is telephone, television, telegram, tell-a-henry!"  He wasn't lying. 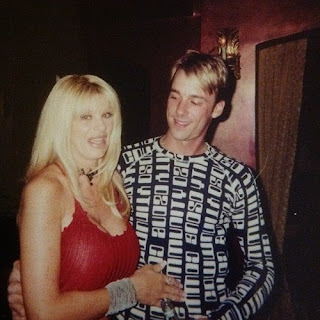 I learned about fifties furniture through him and he was a high creative individual.  I introduced him to Kathy a friend I had just met.  On set he came up to me and said, "There is some big titted blonde outside in a BMW convertible thinking she is hot shit asking for you." They became close as well. Three was good with the one liners, quips, soundbites and bon motts.  I loved Three.  Three never judged me and he could tell me anything and I would judge him.  I felt like he was a true confidante.  As he was in New york we would touch base from time to time.  Yet as the years progressed and my business and career started to form i lost touch and I had a partner, a dog and new foreign address.

I found out that Three was diagnosed with cancer and quickly succumbed to it.  i found out through a mutual friend he used to date.  I was shocked but I didn't know how to process this.  He wasn't supposed to die.  We we're supposed to live forever.  I never got to say goodbye to him properly.
Three where ever you are, I just want you to know that there wasn't a day that I never had you on my mind.  You are and were an amazing friend, I am going to miss your calls to force me out to bars to meet guys. Your witty ways and your wicked sense of humour.  I will never forget you.  And I am sorry I wasn't there to encourage your in your time of need.  and I feel like I failed you as friend.
Please forgive me.  I can hear your laugh in my head and the way you call me bitch!

Takes on to know one.

Your presence in my life is made it that much fuller and richer having known you and always know that I love you.  I will miss the physical you but I will always have our memories and our time spent.
Love always your bastard bitch of a friend. 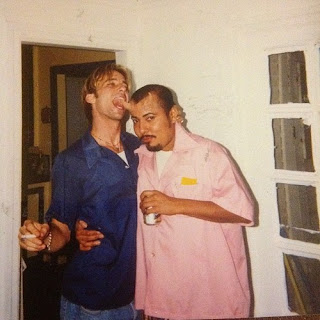 Email ThisBlogThis!Share to TwitterShare to FacebookShare to Pinterest
Labels: Friends

Henry Hate
Screaming at someone or something till they pass out.